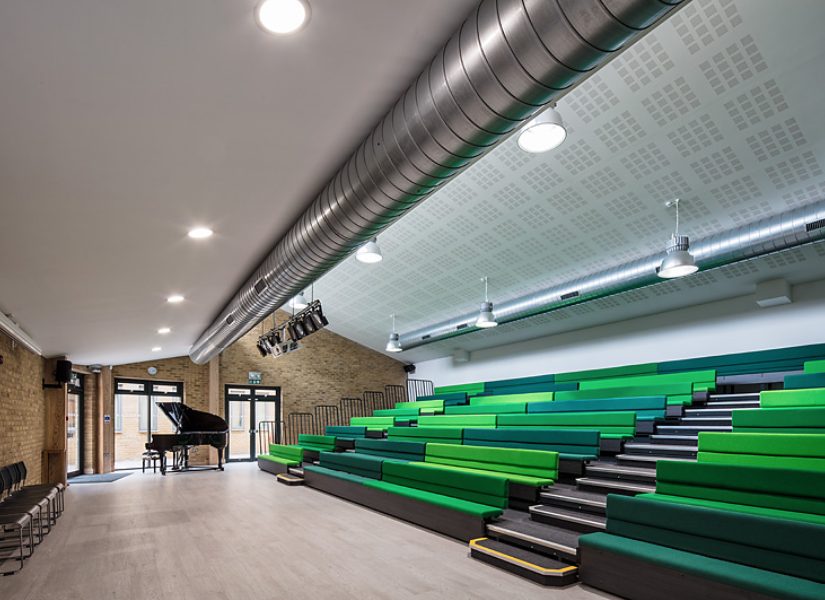 CTP were the structural and civil engineering consultants working alongside BH&M Architects on the new Classroom and Theatre Block at Cavendish School. The building footprint used most of the available inner-city site area which meant that there was limited space for the contractor’s compound and materials storage. CTP were the primary drivers in the development of a solution where the substructure was strengthened sufficiently so that it could be used a work platform throughout the construction of the building.

The superstructure is comprised of a steel frame with concrete upper floors. The building was constructed off of a piled raft which allowed it to bridge the new surface water attenuation tank and the remains of an existing buried basement that occupied the site.